On June 20th, 2017 KERN-LIEBERS celebrated the foundation stone ceremony for a new plant in the city of Tianjin, situated about two hours by car from Beijing.

After the foundation of the company KERN-LIEBERS Precision Technology (Tianjin) and the acquisition of 45.000 m² of land, the first phase of the groundwork operations to build a 15.000m² production plant now commenced.

Starting in 2019, the company will produce wire springs, strip springs, stamped parts, and stamped-bent parts at the site, and offer various heat-treatment services. The plant is an addition to the already existing KERN-LIEBERS production sites in China, based in Taicang and Guangzhou. Currently, KERN-LIEBERS employs more than 1.000 people in China. 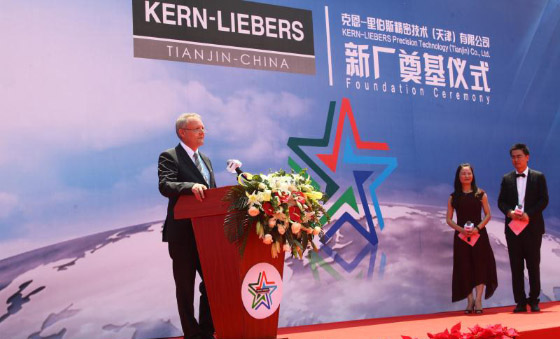